Back to case studies

We’ve been approached by Julian Gonzalez from Ace Marks in the summer of 2018. He was looking for somebody to breathe some fresh air into the somewhat stagnant development processes they were experiencing with their partners at the time. The work he was looking to have done revolved around a redesign of key website elements to support marketing and efforts to increase conversion. He was also looking to move to a different, better server.

Ace Marks was working on a budget. By that, we do not mean to say that they wanted things done “on the cheap”, but as every business everywhere, they needed to keep costs in check and were looking for some decent bang for their buck. What that meant for us was that we needed to be careful with how we’re implementing things, especially since we were operating on top of older work done by somebody else. We ended up completely redoing at least one area of the shop and building the other ones that needed it to an acceptable standard. We weren’t immune to errors, of course, but the aim was achieved and we clearly differentiated between issues resulting from legacy code and potential blunders of our own.

After a couple of months of pause Julian was back for stage two. While stage one was a bit on the relaxed side from a timeline perspective, stage two had a hard endpoint and aimed to focus on mobile conversion so that improvements in this area can be achieved in time for the craziness that is Black Friday. The purchase-related areas were to be addressed with mobile user experience in mind. The plan was also to add new payment methods with the most interesting one coming in the form of an Afterpay module, allowing the customer to pay for whatever they’re buying in installments.

Developers in the Team

The work was carried out by the same team as stage one. Their knowledge of the site and code from stage one was hugely beneficial and contributed to ease of implementation for the new set of improvements. Of course, some problems did arise (that’s Magento for you), but we were able to complete work in time for a deploy to live comfortably before Black Friday struck. The impact of the changes was very positive and the site’s mobile conversion increased by 50% and Ace Marks reported great sales.

Our relationship is continuing and we’re eyeing new, potential, future challenges together. 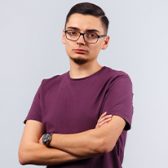 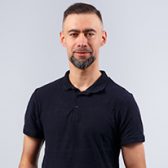 Magently is listed on Clutch

If you're interested in what our clients think about us or would like to add a review yourself, visit Magently Clutch profile.

Find out how to set up UI select in Magento 2 to search and load the results asynchronously.
Read more

From 10 to 97 Lighthouse mobile performance thanks to redoing a #Magento store using Hyva Themes @hyva_io. Check our article for details 👉http://bit.ly/hyva-magently