The Challenges of Customer Interaction and how to Survive Them

A Project Manager in IT, though probably not only in IT, faces a number of challenges, for example challenges of customer interaction. Get a handful of PMs in a room and make them talk shop. You’re likely to descend into stories of deadlines, crunch, blown-up production servers and any other of a number of factors influencing the job on a day-to-day basis. However, the aspect I’d really like to focus on are the interactions with customer representatives as these often carry a lot of difficulty, and, let’s be honest, are the most common factor generating pressure of all of the ones I’ve mentioned up to this point.

Customer representatives, regardless of the shape they come from – product owners, marketing managers, even business owners – can be difficult to work with. It doesn’t mean that they’re bad or something, but this is simply the way things go. These people are usually fully invested in what they’re doing and their livelihoods depend on it. It is quite natural to expect tension and a little bit of grief once in a while. No matter how close your relationship with your customers gets, it will have its ups and downs. It is pretty hard to determine a starting point for this entire “it will never be perfect” conversation. I’ll circle around some common themes and let’s see if I manage to strike some familiar chords with you guys.

I need it yesterday!

What does each project seem to revolve around the most? Well, time, of course. Some of you will say that money, but, as commonly known, time = money, so my point still stands. So I’ve been lucky enough to see projects that were trudging along happily without that much pressure on them. Rememeber: even those eventually strike the “we need this yesterday” iceberg. At this point, you’re likely to feel a fair bit of resentment building up somewhere behind your suddenly aching temples. Why couldn’t they come with this sooner? – you ask yourself. Surely, this must be something they could have predicted and planned for better? – you ask yourself again.

And in a lot of situations both answers are affirmative. But in an equal amount of circumstance your opposite number on the customer side had not been able to do anything about the unpleasant surprise he/she gave you. You’re likely talking to a person who might be “the customer” as far as you’re concerned, but is just a tip of the organisation you’re actually doing work for – a messenger – and it’s good practice not to shoot them on sight. He or she may be as surprised by the latest requirement as you are, and might not be in full control of the structures that provide the requests that are later forwarded to you.

In an organisation on a corporate scale, it is likely that some needs arise on short notice and any of them may come from a variety of channels within this organisation. If you don’t get the occasional sudden request for a feature, you should probably consider yourself lucky (or check if the dude on the other side is not a bot).

So, how do I do the impossible?

Assuming you do get the dreaded, last-minute request for something that is very nearly not workable given your current resources. What do you do? Do you resort to black magic? Do you crank your team up to 11? Well, first of all, manage the other side’s expectations. I mean, if you’re like me, you will quickly check what is possible both through simple number-crunching and with the help of those members of your team that know more in the given area than you do. Be careful to state your actual capability of dealing with the task and to enumerate the risks that may influence the outcome.

Some might say you should go as far as underpromise, so you can later overdeliver if things go swell. I do not think that’s a good idea. Your customer will be looking for a realistic assessment of the situation. He/She might be under so much pressure him/herself that an unrealistically pessimistic message might contribute to an increase in tension.

Creativity also helps when dealing with a sudden request. Ask your team and try to segment the challenge into pieces. It may very well be that what you can deliver will not be the full functionality, but may very well be already enough to solve your customer’s biggest problems and give them value. 9 out of 10 product owners would probably agree! 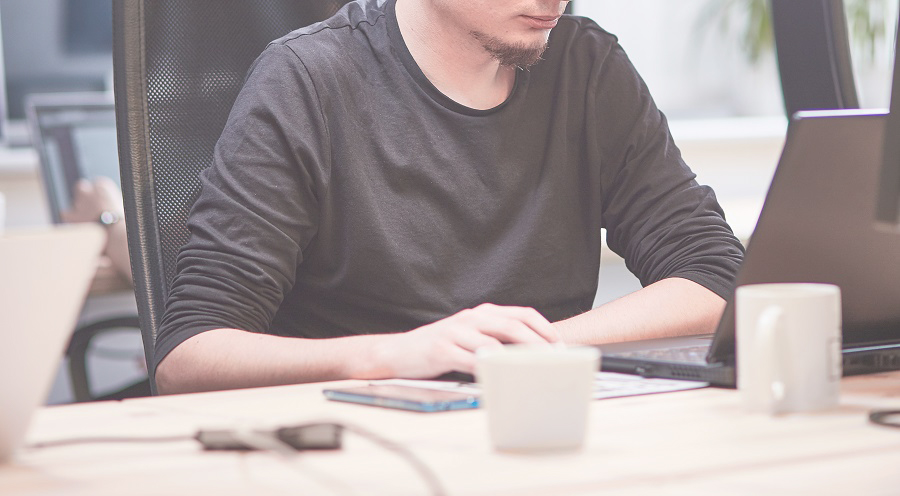 There used to be a little graphic design office over next to where I live. I would sometimes visit when I needed something outside the capability of a home printer. They had a sign on the door that went something like this:

You get it by now.

Well, the IT world is both complex and not. I mean that while each particular area of a specific programming language is specialized, there is a common base on which everything rests which makes people often think they know something about everything. Also, there’s a trend for former developers with a knack for management to take on other roles than just coding. This is something that can be tricky. On the one hand, you got a person that you might be able to go deep into details with (if you have the knowledge yourself) and who might be expected to know intricate aspects of development.

On the other hand, though, this person might not be super-familiar with the platform you’re working on, but apply patterns and know-how from whatever he used to be doing in the past. That’s a big challenge when you’re working with Magento, because sometimes, it just does stuff… and nobody knows why. Your counterpart may attempt to give you advice that, while perfectly reasonable on a different day and on a different platform, might not be useful when working with a funky, custom, Magento setup.

But hey, think of it as an opportunity. You’re very likely to have a fair amount of mess at the start, with the various roles and functions getting mixed up, but once that’s sorted you should end up with an environment that’s full of opportunities. I mean, two heads are better than one and if the other one is compatible, you can learn new stuff from each other as you go and the project will benefit.

What do you mean you can’t?

No matter what you do, you are eventually going to be put in a situation when you will need to do the unthinkable – refuse a customer’s urgent request. Well, this usually is, close to unthinkable from the point of view of the customer, at least. Although, it can be pretty difficult when you’re a PM, as well. I have a problem with it, to be perfectly honest. It’s not that I’ve never done that as sometimes you just can’t do the thing requested and that’s it. But I am never too comfortable when I have to do it. I try to have a “can do” attitude. When you’re like that, saying ‘no’ might be that little bit harder.

It is okay to say ‘no’ during customer interaction.

Okay, but let’s dive into it a bit more in challenges of customer interaction. When is it actually okay to say ‘no’? The way I see it, it is perfectly natural after you’ve exhausted the reasonable means to carry the work out within the given specs and/or without overexerting your own team. There is a ton of variables of course, so the type and amount of work you might be willing to accept will greatly depend on the circumstances. It could also be a factor whether the work results from your own team’s previous mistake or not. But the general rule is that you need to trust your gut feeling on this.

If you know your team and yourself, you will be able to feel that something is becoming a bit silly. Some time the best course of action is to wait the extra day. Also, do not be afraid to talk to your team and lay the variables out in front of them. It could be that some of them will be able/willing to put in an extra hour of work to deliver a bit more value. Important thing is the decision should lay with them. I am against putting extra pressure on anyone to make them work longer. I am happy to work with guys who do good, hard work. They’ve stepped up to various challenges of their own initiative many times without me having to say much, if anything. I respect them so much I’d never force them.

I guess that at the end of the day it simply pays to be reasonable. Regardless of the area the friction occurs in, it can probably be sorted out. Of course, you can’t predict everything and sometimes the dude on the other side simply is a hard one to do stuff with. You gotta approach it with some good will and solutions will present themselves more often than not.