On September 6th, 2018, three years after the original release of Magento 2, Magento announced that they will continue to support Magento 1 only until June 2020, giving merchants almost two years to upgrade their shops. Ever since the release, Magento has been running a campaign promoting the new platform, while module manufacturers continued updating their products to be compatible with the new version. By the time the End of Life was announced, Magento 2 was a fully functional platform, with massive advantages over the predecessor in terms of features and performance.

Now, in January 2020 we are roughly four months away from the last expected Magento update. Let’s try to answer a few questions you might ask yourself if you still have your Magento 1 shop. 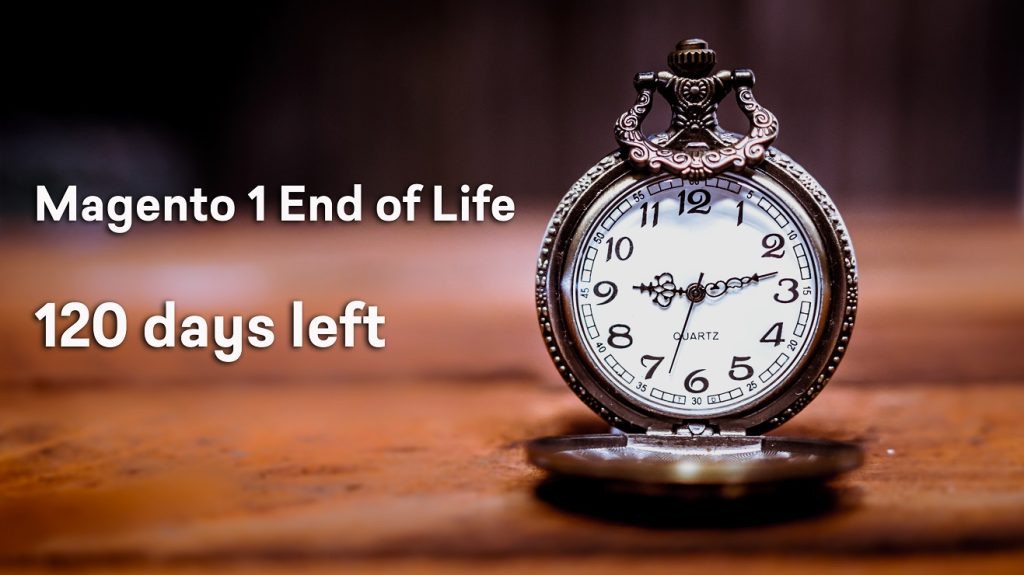 Is it too late?

One question you could be asking is whether it’s too late to make it on time. The short answer is “no”. The long answer is “it depends”.

When Magento 2 was first released in 2015, it definitely wasn’t a good moment to move from Magento 1. Upon the release, Magento 2 was lacking some functionalities that were included in the future 2.x versions. Also, the Marketplace and the community were only beginning to adjust to the new environment and it took time before it became feature-rich and well-documented.

It also took some time for Magento developers to fully understand the amount of work accompanying a migration. Now we know that it can take from a few weeks up to even a few months, depending on the shop size, complexity and the number of custom features. It also takes a considerable amount of planning, like deciding whether or not to redesign your Magento store in one shot. In some cases, the entire process can last more than 6 months.

It is too late! What now?

Let’s time-travel to June 2020. We have flying cars and there’s a nostalgia outburst for the emo haircut. Somewhere else, Magento 1 has received its final security update and officially receives a status of legacy software. Meanwhile, you are still running your Magento 1 store and it’s doing fine. The good news is, it is likely to continue doing so for some time, maybe even months. June 2020 is not a deadline but rather a slow decline line.

However, you must remember that with every month, your store will be more and more susceptible to attacks and data leaks, putting you and your customers in danger.

What is more, Magento modules you use will also stop being updated, leading to even more issues as time goes. Magento 1 will gradually turn into a derelict ship and you’ll want to hop on Magento 2 board before it starts leaking left and right.

Check how we handled the migration of the Part Catalog Magento 1 store.

Is now a good time?

Again, the short answer is “yes”. And the long answer is “oh, hell yes!”. Currently, the newest version of Magento is 2.3 and it’s easier than ever to migrate from Magento 1. You are now more likely than before to find Magento 2 versions of the modules you use or suitable substitutes. What is more, starting now, you can be sure your new shop will be up and running well before Black Friday or Christmas sales. You definitely don’t want to make such big changes close to important dates for your business.

Financing the migration from Magento 1

For some of Magently clients, the LoanBuilder Magento Migration Loan has become a solution. To be eligible for the loan, you need to run your business in the USA, be a Magento user for +9 months and have annual revenue of $42.000 or more. There are no fees and charges – the loan is absolutely free. The only obligation is that you use Braintree payment gateway for at least 3 months following the migration. Businesses can apply for up to $500,000, which is much more than enough to cover nearly every case of migration.

Have any questions? Want to start planning the migration? Talk to us!